BIO: Michael Rocco is the birth/pen name of an American writer and social scientist currently working in the area of adoption trauma and mental health. His previous research and writing focused on the mental health and adjustment of racial and ethnic minorities in the US. He has published widely in peer-reviewed academic journals and has produced reports to both nonprofit agencies and governmental entities. Michael’s work has been presented at dozens of professional conferences, to decision makers and to lay audiences alike. Born to Latin American parents, Michael was adopted by a non-Hispanic white family and raised in a northeastern US state.

In his debut book, Duérmete: Memoir of a Deviant (in preparation), he combines his personal story of childhood adversity with scholarly expertise to invite the reader inside his experiences as a transracial adoptee struggling with childhood trauma, adoption, racism, ethnic identity, mental illness and addiction. The book portrays one individual’s struggle with a common set of difficulties faced by many adoptees. It is a journey of discovering false narratives and deceptions through which certain forms of social violence are left quietly unexamined. 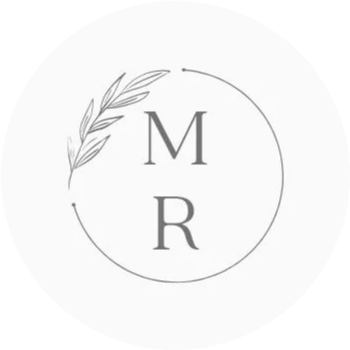 I think about my adoption a lot today, though this wasn’t always the case. In fact, for most of my life I considered it an irrelevant part of me, like the color of my hair or the way that I laugh. Adoption didn’t have much to do with who I was, or so I thought. That position changed in middle age when it became clear that my adoption was not only relevant, it was perhaps the most defining feature of my life. Up to that point, I was only aware of the importance of it insofar as it caused problems with developing a meaningful ethnic identity. This was difficult for me because, while I was the product of Latin American parents, I was raised as if I were white by white adoptive parents. I was unprepared for life as an ethnic minority in the US, where racism is a daily life stressor.

It was easy to dismiss the importance of adoption early on, as my life looked pretty good from the outside. I grew up with two parents and an also-adopted sister in a bucolic setting in the northeast. My parents held steady jobs and performed their social roles by financing a car, paying a home mortgage, paying taxes, attending church and sending their children to school. They remained together throughout their lives and while my family aspired to the middle class, we always had enough to eat and were never in serious threat of losing our home. All of this was why it was so perplexing to so many people that I became a very recognizable deviant in my little hometown. Well, perhaps that description is a bit generous, it might be more accurate to say I was a criminal. I seemingly had everything a young boy could need and much of I wanted, except…I didn’t.

Racism was always a major obstacle in my life. I spent decades figuring out on my own what almost any set of same-race parents would have likely taught a child about avoiding or coping with vicious social acts which targeted me. My parents, though well-intending, were simply ignorant of the importance of these lessons and were ill-equipped to offer them anyway.

Since the time I began to read, I have pursued an examined life. I wanted to understand myself and the world around me. But as a youth, I was a vagabond who aimlessly wandered the country in search of opportunity. I experienced poverty and a stint of homelessness as I struggled to find my way, always burdened by a serious alcohol problem as well as undiagnosed (C)PTSD. But opportunity eventually came in the form of a commuter college.

After I graduated from college with a bachelor’s degree in philosophy, I became increasingly concerned with injustices in addition to racism such as classism, ageism, sexism, patriarchy, toxic masculinity and homophobia. Once I started thinking deeply about these issues, it wasn’t long before I dedicated myself to studying the health effects of these and other societal failings in my masters and doctoral studies. These issues struck me as of obvious importance because they could be shown to inhere within the body. The evidence was irrefutable! Injustice wasn’t only unethical and ugly, it was a matter of health and illness, even life and death. I just hadn’t yet come to understand that adoptees are another social category who are systematically disadvantaged in health and well-being and that I was directly affected by this.

Once I recognized the central importance of adoption in my life, I felt a tinge of embarrassment that this understanding didn’t arrive until middle age. However, I quickly found an active online community of adult adoptees who were sharing their life stories and coming together for mutual support. I also found Adoptees Connect, an organization that provides opportunities to grow relationships with other adoptees in person. I was relieved to learn that many other adoptees had also come to understand the importance of adoption relatively late in life. While it was a relief to learn that I was also not alone in this important respect, I was dismayed that so many of us had unknowingly felt the trauma of abandonment and adoption for so very long without the ability to identify the source.

I then found a treasure trove of adoptee blogs and a burgeoning sub-genre of memoir that I found extremely useful for better understanding the impact of adoption on me and how it will likely affect young adoptees today and in the days ahead.  It struck me that, as a collection, adoptee memoir, as case studies, are an underutilized resource that could be leveraged by advocates, social scientists, clinicians, policymakers and prospective adoptive families. I decided to write my own story in a way that would be conducive to guiding future research and planning that may benefit adoptees and adoptive families. As an academic, I also began to pour over the existing research literature that would allow further insights into myself and my social category. I set out to humanize the adoption experience for scholars, clinicians and lawmakers and at the same time situate the adoptee experience within the broader research literature on the social distribution of health and illness for adoptees. After my book manuscript was more developed in structure and form, I thought it might also be useful to create a web page so that others may follow along with my research and writing progress.

Realizing the importance of adoption in my life wasn’t the end of my journey as I see it, it was a new beginning. Most adoptees agree that coping with adoption is a life-long journey that has many bumps in the road along the way. But there are now also special moments that I share with other adoptees where I feel authentic and complete. From this, I know that I’ve come a long way. But, there is much work ahead.

I hope you’ll stop by my web page and social media ( links below) from time to time and check in on the project as it progresses and perhaps gain a few insights into my subject matter. Please don’t forget to subscribe to my blog when you visit! Authors need readers to justify their efforts and readers need writers to inform and entertain – that’s the reciprocity I hope to have with you.

Thank you, Michael for so bravely sharing your story with us!

Please help us support Michael in the comments below.

Help Support the Growth of our Growing Network! Adoptees Connect Inc. is an IRS approved 501(c)(3) public charity. Donations to Adoptees Connect are tax deductible as allowed by law. Please consult your tax advisor regarding deductibility. EIN: 83-1862971. Thank you for your generosity in helping our vision move forward.

“Adoption loss is the only trauma in the world where the victims are expected by the whole of society to be grateful.”—The Reverend Keith C. Griffith, MBE